Sixty is the most popular age to retire early

There are many factors that can influence when someone decides to retire. For some, it may be
based on health reasons, while others may want to take advantage of government benefits or
simply to enjoy a more relaxed lifestyle. However, one of the most common factors that determines
when people choose to retire is their age.

Sixty is the most popular age to retire early, according to new research[1] which reveals the key steps people have taken to embrace early retirement and examining the costs and benefits of doing so.

One in four (25%) are planning to celebrate their 60th birthday by leaving work behind. With the
State Pension age currently standing at 66, the findings show one in six (17%) people who have
taken early retirement did so when they were 60, making it the most common age to make an early
exit from working life.

This is also the most popular target age for people who intend to retire early in the years ahead,
with one in four (25%) planning to celebrate their 60th birthday by leaving work behind. The desire
to retire early is primarily driven by ‘wanting to enjoy more freedom while still being physically fit
and well enough to enjoy it.’

Nearly one in three people (32%) who have retired early or plan to do so gave this reason for
embracing a new lifestyle. Financial security is the second most common factor prompting people
to embrace retirement. More than one in four (26%) early retirees say their decision was a result of
‘being in a financially stable position’ so they can afford not to work.

The influence of money matters is also visible in people’s choice of early retirement age. One in
five (20%) people targeting early retirement have set their sights on 55 to make the transition from
working life. This is likely to be influenced by their ability to access their pension savings from this
age.

‘Too taxing and stressful’

Other key factors encouraging people to seek early retirement include reassessing their priorities
and what’s important to them in life (23%), wishing to spend more time with family (20%) or finding
they are either ‘tired and bored’ of working (19%) or find it ‘too taxing and stressful’ (19%).
The research suggests the impacts of early retirement are wide-ranging and broadly positive in
many areas of life. Most notably, more than two in three (68%) people who have retired early say
their happiness improved as a result. In terms of the world around them, 44% of early retirees say
their family relationships improved and 34% reported improvements in their friendships.

When it comes to their health and wellbeing, more than half report that early retirement has
delivered a boost to their mental wellbeing (57%) and half (50%) say their physical wellbeing
improved.

However, the findings suggest these benefits come at a cost, with nearly half of early retirees
finding their finances worsening as a result (47%).

Women are the most likely to have felt a negative financial impact from retiring early (50% vs. 44%
of men). Across both genders, only 22% feel they have benefited financially from their decision to
retire early.

Among those people who have retired early, one in three (32%) identify having a defined benefit
(final salary) pension among the main measures that enabled them to take retirement into their
own hands. This suggests the concept of early retirement may get harder for younger generations
to achieve, with the majority of the private sector workforce now saving into defined contribution
pension schemes.

However, the findings suggest that people can still take positive steps to make an early retirement
possible. Paying off the mortgage (30%) is identified as the second most common stepping stone
to retiring early, while almost three in ten early retirees (29%) say saving little and often was one of
their main strategies. Nearly one in five (19%) say they also saved extra whenever they received a
pay rise or a bonus during their working life.

Wanting a new sense of purpose

Among those who take early retirement, the research also reveals there is a small contingent who
have returned to work (17%) or envisage themselves doing so in the future (15%). Over one in four
(27%) cite the reason for returning to work is because they ‘wanted a new sense of purpose’,
making this the most frequent driver, followed by ‘missing the company and social interactions with
colleagues’ (26%). However, a similar number (24%) of early retirees find themselves heading
back to work having experienced financial issues.

While happiness soars in retirement, many people find their finances take the strain when they
retire early and money worries are one of the biggest factors resulting in people returning to work.
If you aspire to retire early, it’s vital you plan your finances to be sustainable for the long-term.

What do you need to do to retire early?

The dream of an early retirement is very much alive and kicking, but there are many factors to
consider along the way and the current uncertainty about the future does not make this an easy
decision. For further information or to discuss your requirements, please contact us.
Source data:
[1] https://www.aviva.com/newsroom/news-releases/2021/12/sixty-the-most-popular-age-to-retire-early/

CAVEAT
A PENSION IS A LONG-TERM INVESTMENT NOT NORMALLY ACCESSIBLE UNTIL AGE 55
(57 FROM APRIL 2028 UNLESS PLAN HAS A PROTECTED PENSION AGE). THE VALUE OF
YOUR INVESTMENTS (AND ANY INCOME FROM THEM) CAN GO DOWN AS WELL AS UP
WHICH WOULD HAVE AN IMPACT ON THE LEVEL OF PENSION BENEFITS AVAILABLE.
YOUR PENSION INCOME COULD ALSO BE AFFECTED BY THE INTEREST RATES AT THE
TIME YOU TAKE YOUR BENEFITS.
THE TAX IMPLICATIONS OF PENSION WITHDRAWALS WILL BE BASED ON YOUR
INDIVIDUAL CIRCUMSTANCES, TAX LEGISLATION AND REGULATION WHICH ARE
SUBJECT TO CHANGE IN THE FUTURE. YOU SHOULD SEEK ADVICE TO UNDERSTAND
YOUR OPTIONS AT RETIREMENT. 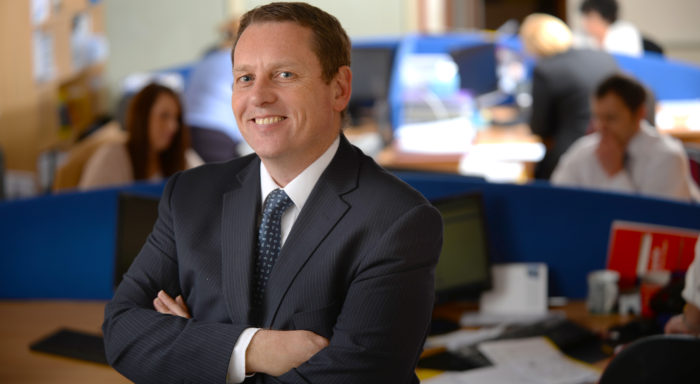